Do you know a CRNA who elevates your practice or impacts the patients they serve? How is your practice, your patients, or your world a bit better because of this person’s actions? Have you ever wanted to show your appreciation for someone who deserves special recognition for the work they do everyday to better our profession? With the CRNA Spotlight, you can do just that. Nominate your colleagues, staff, or someone you feel deserves a moment in the “Spotlight” for contributing to our profession. A different CRNA will be featured monthly on the NHANA website and social media. 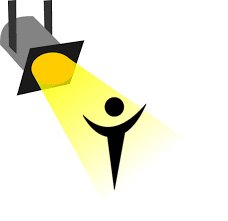 Jennifer’s journey to nursing didn’t start off the typical way… it actually began as a business major at The University of New Hampshire. She was bored and less than interested in macro and micro-economics. Her roommate, a nursing major, studying human anatomy and physiology caught Jenn’s eye. She found this subject matter very interesting, and felt the pull of the healthcare field drawing her in. She finished her first year as a business major and promptly changed her focus to nursing. She continued at UNH and graduated in 1991 with a BSN. Her first job our of school at Maine Medical Center landed her on a telemetry unit where Jenn quickly excelled and found herself in the charge nurse role. True to form, she continued to challenge herself and a move to the emergency department was soon in order. The ED was full of challenges, where trauma became her passion. She routinely staffed the trauma room and sought advanced training in trauma care.

One evening, a multi-victim trauma arrived to her ED, while caring for the patients Jenn noticed a very confident woman walk into the trauma room and straight to the head of the bed. Anesthesia had been called to help with the intubation. “She knew exactly what she needed and I assisted her with everything.” Once the airway was secure, Jennifer looked at her and said…”are you an anesthesiologist?” The woman replied…”no, I’m a nurse anesthetist”. It was in that moment, Jenn knew where she wanted her nursing career to go. After a shadow day in the OR, Jenn quickly realized it was where she belonged. The CRNA explained that the path would be complicated, but could be done. With this ultimate goal of becoming a CRNA, Jennifer transferred to the ICU and PACU. She applied to the University of New England Nurse Anesthesia Program and began he journey in becoming a CRNA. The program at UNE came with multiple challenges, both academically, but also physically. She begin her clinical at Boston Medical Center, commuting to and from the city while 12 weeks pregnant. While training, she began to have complications forcing her to stay on bed rest for the remainder of pregnancy. Despite this wrench in her plans, Jennifer never lost the drive and passion. With handwork and determination, and the encouragement of her mentor, Susan Emery, she was able to complete her training and graduate from UNE in 2000.

Jennifer begin her anesthesia career at BMC and New England Baptist Hospital witnessing many of the wonders and pitfalls that in inner city trauma center has to offer, she gained countless experinces. While in school, Jenn was influenced by Susan Emery, a strong provider and an excellent role model. “Sue was the perfect mix of gentle persuasion and constructive criticism.” She often refers to Susan’s style of teaching with her own students still today. When Sue started the Nurse Anesthesia program at Boston College, Jennifer found a passion in the roll of preceptor, helping to shape the future of our profession by mentoring students. Shortly after the birth of her third child in 2005, Jennifer and her family made the decision to move back to New Hampshire to be closer to family. She joined the small group of only 3 CRNA’s who practiced at Wentworth Douglas Hospital where Jennifer quickly became very independent. While at WDH she advanced her regional anesthesia skills, as well as created the partnership between WDH and the UNE Nurse Anesthesia Program. As clinical coordinator, she was re-energized and excited by the challenge of their fledgling relationship. The partnership became extremely successful and WDH reaped the benefits of students joining their group after graduation. After several years at WDH, the hospital began to grow, and so too did the anesthesia department. Yet again, Jennifer found herself in a leadership roll, jumping into the Chief CRNA position with enthusiasm and passion. Since leaving WDH in 2017, Jennifer has continued to push and challenge herself within the profession, transitioning away from the ACT model practice and becoming and independent CRNA. She now serves as the Co-Director of Anesthesia Services at a CRNA only ASC near the Seacoast. Her passion for full practice authority, CRNA autonomy, and best practice are always at the forefront of her anesthesia care. She and her colleagues are at the forefront of providing truly cutting edge therapies for their patients in attempts to put make a dent in the opioid epidemic in the state by offering Opioid Free and Opioid Sparing Anesthesia.

What Her Colleagues Say About Her…

Jennifer’s passion for educating is infectious.  Whether it’s with her students or helping a colleague learn to practice independently, she is always available to mentor and assist people to achieve their full potential.  Her cool, calm, confident style make you believe that no matter what may occur, Jenn will handle it and patients are safer when she is around.  Her ability to ease fears and create immediate bonds with patients, staff, and colleagues make her a suitable leader for independent practice in a brisk surgery center setting.

She commands respect simply by being accountable, reasonable, competent, and always in charge.  To quote one of her UNE students, “Jenn is who I want to be when I grow up.  You find yourself learning something every time you walk away from a conversation with her, despite ever being made to feel like you are the student and she is the teacher”.   She passes along her knowledge of 20 years of anesthesia experience effortlessly and disguised as pleasant conversation.  She truly embodies the mindset of an educator.  If she can make the OR safer by sharing knowledge, perfecting skills, or collaborating with staff, she embraces the experience and makes it enjoyable for everyone.  Jenn is always the first to ask “how can we do it better”.  These characteristics have helped shape her into one of the most well rounded, safe, accountable, and capable anesthesia providers making her an excellent spotlight to represent NH CRNAs.

Getting To Know You Better…

Watching the sunrise over the lake.

I love the beach and the seacoast, but never count out the mountains in the fall.

If I could live anywhere in the world it would be with my family. I believe family is the greatest gift I have been given.

I definitely prefer to care for adults because children come with parents.

Sue Emery who pushed me when I was ready to quit and made me a confident CRNA at a very difficult time in my life.

Raise my three children into productive citizens and encourage them to have professions that they love and are proud of.

Enjoy everyday to the fullest.

“You are in an amazing profession. You should never stop learning and remember you learn more from failure than you do from success. I live by this quote: “Compromise, though not desirable, is permissible with all but patient safety. “ The profession of a CRNA is described by hours of boredom with moments of sheer terror.” 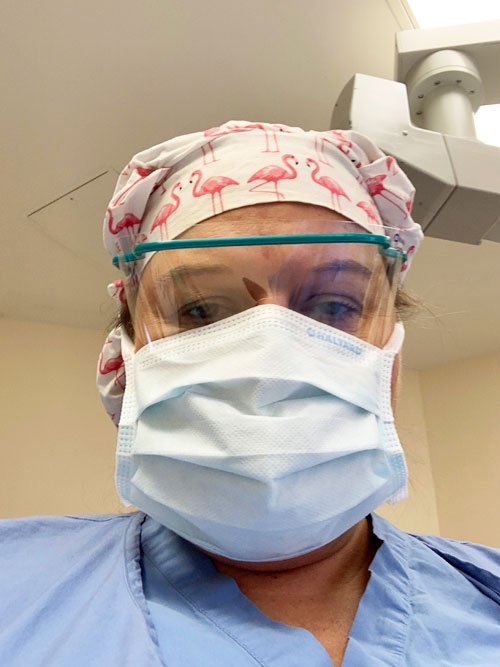